Cars are a huge part of US culture. In fact, over 90% of US households own at least one car. Ever since the Ford Model T, the car world has seen huge developments and almost everybody, even the middle-class American, could have access to a vehicle. But cars were still not as widespread as they are today back in the 1950s and 60s. Back then, cities had sprawling suburbs, dense population, walkable neighborhoods, wide sidewalks, and narrow tree-lined streets. Yet you look at a US city now and all you will see are a wide network

of highways and roads. What went wrong?

In the early to mid-1900s, when cars weren’t a popular household object yet, cities were filled with life. Actual life. The infrastructure was completely different and there wasn’t as much if any, space dedicated to parking lots, highways, wide streets, and subways. In a nutshell, the cities were not car-centric. However, the obsession with cars has changed everything. Cities no longer look the same and no matter where you look, all you will witness is an unending view of a long and wide highway. And you can’t really blame one particular entity for it. Transportation has become mandatory; whether it is taking Kia Stinger for work or a

Over the last 70 years or so, cars have largely dictated the infrastructure of a major city and the cityscapes have been designed accordingly. The cities have been “dehumanized”. The cars drove the US cities to the brink. You can take a look at any side-by-side comparison of a town back in time and now. You would be shocked to see the difference. The amount of land that has been cleared for highways and roads is unimaginably high. But it isn’t just the highway. Gas stations and parking lots also eat up a large portion

of US real estate.

It was Detroit, also known as the “Motor City” which was the first one to get redesigned according to the car-centric world that we live in today. The city basically reorganized itself around automobiles. Then other places like Little Rock in Arkansas and Houston in Texas followed the same. This largely happened because of the leaders of that time. Not only did they think that it would allow more people to move into cities, but they also thought that the cities and the suburbs would be better connected. This also allowed families to live in larger homes and away from smaller downtown areas.

But it also affected the environment as well. Building a highway also requires trees and whatever comes naturally occurring in its path to be obliterated. And yes, as you guessed, it also leads to the problem of deforestation, to an extent. As a result, it adversely affects the environment and it affects the lives of the creatures living in the surrounding areas. In fact, most cities don’t have much greenery. Only a few parks

here and there with some trees and grass.

But this wasn’t limited to big cities only. Even the suburbs had to be connected and so, roads were built across the heart of the suburbs with very few trees around or in the middle of the street. Again, this does have a negative impact on the environment. But even after all the damage, there are US cities and towns which are trying to take the space back from the cars. The cities are slowly but steadily adding more urban spaces and are developing areas for business and society. Sidewalks are also being created so that people can walk around easily and more frequently. Places for bars, restaurants, and other small businesses are

also being opened up.

But it isn’t just the sidewalks that are getting wider, extra space for biking is also being opened up. Riding a bike can be great for your health as well as for the environment. A car-centric society is definitely the key to modernization and advancement, but over-reliance on cars can also crumble the very human aspect of society. European cities are completely different, where priority is given to bikes and walking. It

would be great if America implements the same.

That’s not it. With the pandemic, since more and more people are working remotely from the comfort of their home, the need for fast, high-speed corridors have become less. It is high time that states redesign their roads wherever possible to reclaim space that is otherwise going to waste. Inflation and increasing ownership costs of car purchases have also paved the way for the increased use of ride-sharing apps.

Pandemic did slow down their progress but renting and sharing seem more economical especially if you are in the early stages of your career. With more EV startups and autonomous driving tech taking more precedence, we might be seeing driverless cars operated by AI in the future. If that happens, there would be fewer individual-owned cars on the road and more shared rides. Urban planners and Public Works Department should keep this in mind in future city plans.

Unreal Engine and How is it Used Outside the Gaming Industry? 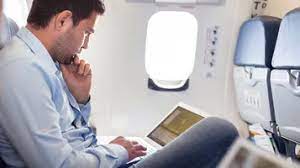 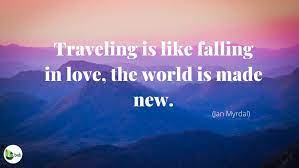 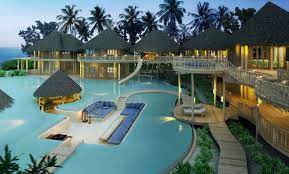 Maldives Resorts On The Water To Experience The Most Exotic Vacation. 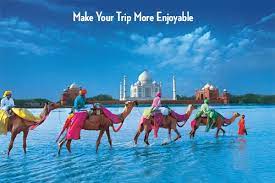