Bingo is a popular game across the United States. It even finds use as an instructional tool in some of the schools in the country. Millions of people are crazy about attending bingo halls for major bingo events. However, recently, people have been wary about attending such events because of the pandemic and the rising Omicron cases. If you had plans to spend the holiday season playing bingo or your weekend bingo-binging plans got canceled, turn to the online bingo games.

Online bingo is as much fun as traditional bingo games. You can play 75 ball and 90 ball bingo online, and the rules are pretty similar to what you are used to. If you need help playing virtual bingo game, here’s a guide.

Since Americans prefer playing 75 ball bingo over 90 ball bingo, the rules and hacks mentioned below favor the former.

The seventy-five numbers segregate themselves into groups of fifteen, and each group of numbers represents the letters B-I-N-G-O. For instance, B has 1 to 15, I has 16 to 30, N has 31 to 45, etc.

The virtual bingo cards are squared, and there are 5 numbered spaces across and down, with a total of twenty-five spaces. The space in the center is left free, and you can daub that right away when the game begins. The remaining slots on the virtual card are filled with numbers randomly.

Once the game starts, a total of seventy-five numbers are drawn, and when each number is drawn, players need to find the exact number and daub it on their card. You and your opponent can view the same numbers. The numbers from the pool are drawn in a gap of a few seconds. Each number comes with an internal timer. The quicker you can daub on your ticket, the more points you will score.

Mostly, online bingo games are time-sensitive to make the games challenging. So, you can expect each game session to last for 90 seconds to 120 seconds. It means you can quickly play a bingo game no matter where you are because the games won’t exceed their time limit.

There are also penalties in the game. For instance, incorrect daubs result in a penalty. But if you correctly daub the numbers, you’ll gain more points or even get a special golden ball that lets you select any number on the card.

As you can see, the rules are pretty standard, except for a few tweaks to make bingo more fun and challenging for online gamers. According to the rules, you can win the game in three ways:

Strategies to improve your winning chances

Timing is crucial when you are playing online. It is best to avoid playing 1V1 battles or participating in tournaments during peak times like lunchtimes or evening times.

When more people compete for the same prize money, winning can seem harder than it should. So, play the game when there’s a low rush, such as late afternoons or early morning. It can considerably improve your chances of winning.

A few websites, especially the ones allowing players to purchase multiple cards, offer an auto-daub feature, and your cards will be daubed automatically. But when you have to daub the cards yourself, it is best to start small. Concentrate on one or two cards first, and then you can steadily increase.

It has taken years for the Granville and Tippett strategy to become foolproof. While an American financial writer and stockbroker Joseph Granville developed the former, London-based statistician Leonard Tippett developed the latter.

Granville believed that he could identify a pattern in bingo numbers. After calculating the odds of a certain number of sequences, he concluded that picking the right card is the most critical part of playing bingo. The perfect card is split between even and odd numbers and high and low numbers. For instance, a card consisting of 74, 65, 36, and 21 is better than a card comprised of 51, 44, 31, and 21.

Tippett, on the other hand, developed a more straightforward theory. For 75 ball bingo, the more balls are drawn or called out, the more likely the numbers lie close to the median number. In this case, 38 is the median number. For instance, the first few numbers are likely to be at one end or the other of the range of numbers, and as the game continues, they should group around the middle.

Is it a good idea to incorporate a company in Romania?

Home Renovation by Your Own: Can You Do It? 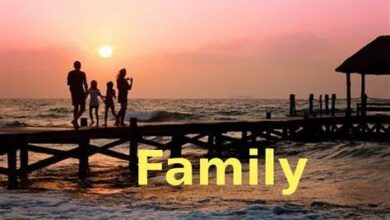 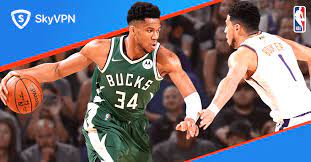